As the largest emitter of carbon dioxide in the world, how much coal China is burning is of global interest.

In March, the country’s National Bureau of Statistics said the tonnage of coal has fallen for the second year in the row. Indeed, there are reports that China will stop construction of new plants, as the country grapples with overcapacity, and efforts to phase out inefficient and outdated coal plants are expected to continue.

A sustained reduction in coal, the main fuel used to generate electricity in China, will be good news for the local environment and global climate. But it also raises questions: what is driving the drop? And can we expect this nascent trend to continue?

END_OF_DOCUMENT_TOKEN_TO_BE_REPLACED 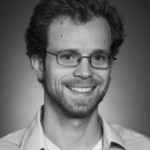 After two weeks of negotiations, the Paris climate talks that ended on December 12 delivered the foundations of a post-2020 climate regime.

In Paris, 189 of 195 participating countries pledged action in the form of intended nationally determined contributions, or INDCs. These pledges will be assessed in 2018 to encourage countries, where possible, to increase the level of ambition.

The review mechanism agreed on in Paris is a crucial first step. The new climate regime has also been lauded for its transparency provisions, which will be essential to establishing trust in the review process.