The Paris Agreement, with its goal of halting global warming short of 2 degree Celsius, conjures up an image of a temperature threshold which we dare not exceed, akin to Thelma and Louise knowingly and recklessly driving over a cliff to their ruin.

For that hapless couple, there may have been a sudden abyss that they chose to breach. But in the case of global warming, a better metaphor might be that of the can that gets kicked down a road that becomes increasingly treacherous with every mile travelled. Due to our past reluctance to apply the brakes, the can is now farther down the road, and it is going faster than we realize.

The science is clear. When we include the pent-up momentum of the climate system, we have already committed to warming of at least 1.5 degree C. Moreover, with the additional heating that will occur as we reduce emissions to zero, a 2-degree limit is also in doubt.

Have no illusions. The case for coordinated action both nationally and internationally is compelling, even if the articulated temperature targets turn out to be only aspirational. The intensity of the wildfires in the West, the unrelenting flooding in the midsection of the country and the fury of hurricanes striking our coastlines are but a preview of what’s to come—just like the recognition of increases in the frequency of heatwaves and the severity of droughts.

It doesn’t take a genius to see the absurdity of inaction in the face of these risks. Continuing to kick the can down the road will place an intolerable burden on future generations.

But all the news is not bad. Recent polls suggest that we may be entering a new era of public concern over climate change. The number of Americans witnessing the growing destruction has risen. Many see it out of their kitchen windows; all observe it on the evening news.

END_OF_DOCUMENT_TOKEN_TO_BE_REPLACED 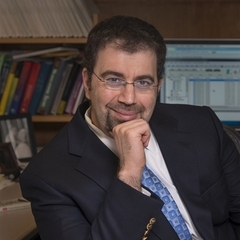 END_OF_DOCUMENT_TOKEN_TO_BE_REPLACED

Ever since Howard Schultz revealed that he’s thinking of running for president, many people are revisiting a time-honored question: Could a business CEO ever be a good choice for the nation’s highest office?

But that’s not quite the right question, as it lumps together people with very different backgrounds and skill sets. The “CEO/businessperson” category breaks down into at least three major types.

First, there are multinational company CEOs (like Rex Tillerson and Carly Fiorina) who are products of long careers with steady rises up through bureaucratic hierarchies. Some of them indeed preside over organizations whose economic value, scope of trade and diplomatic issues surpass those of most of the world’s nations.

END_OF_DOCUMENT_TOKEN_TO_BE_REPLACED

This past June, I attended a conference in New York City with colleagues from around the world. After our three days together, my European, Indian, and Latin American friends were a bit vexed. The conversation kept getting pulled into the lightning storm of American politics. We struggled to pay attention as our phones flooded with alerts about congressional primaries, Supreme Court decisions, executive orders, and the flurry of terrified, furious, indignant, or despairing comments ping-ponging between political extremes.

Over beers, a few of us “coastal liberal elite” academics and journalists huddled and commiserated about our extended family members in South Dakota, North Carolina, Florida, and Indiana. How could they deny the reality of Sandy Hook, climate change, and science in general? I suspect those same relatives are similarly confused—why are we so eager to support illegal immigrants, anti-police protests, and lawlessness in general?

This polarization is only increasing as we head to the midterm elections. With our country split into factions like anti-fascists, progressives, moderates, libertarians, evangelicals, and Trumpists, it’s increasingly difficult to know how to engage with others who don’t share our views.

END_OF_DOCUMENT_TOKEN_TO_BE_REPLACED

WASHINGTON, DC – US President Donald Trump and his Secretary of the Treasury, Steven Mnuchin, have promised an economic miracle. They argue that when the United States adopts their policies, it will consistently achieve annual economic growth above 3%, or even above 4%. After a year of being in charge, pushing hard on deregulation, and getting what it wanted in terms of tax cuts, how is the Trump team doing?

We are still in the early days, but the results so far have been disappointing. And the US’s medium-term prospects for sustained growth could be endangered if Trump pursues the policies he claims to want.

Trump has repeatedly argued that America’s overall economic performance in 2017 should be seen as the direct result of his policies, and he has made a big deal out of the third-quarter growth rate, which was initially reported as 3.3%, then revised down to 3.2%. Yet, in the fourth quarter, growth was down to 2.6%, and initial estimates suggest that overall growth for the year will not surpass 2.3%. That is lower than what was achieved under former President Barack Obama in 2014 (2.6%) and 2015 (2.9%).

In fact, under Obama, the quarterly growth rate surpassed 3% seven times, and even reached 4.6% on two occasions. From the third quarter of 2009, growth was positive in every quarter, save two. But not only was headline growth sturdy under Obama; his administration also presided over considerable job growth – the economy added more than two million jobs annually in seven out of his eight years in office – as well as falling unemployment and higher labor-force participation. END_OF_DOCUMENT_TOKEN_TO_BE_REPLACED