“Young people are not saving enough.”

“They will have to double their savings to retire at a reasonable age.”

These quotes represent the conventional wisdom about our nation’s millennials, the more than 80 million Americans between the ages of 20 and 36. However, the savings picture for millennials has become more complex, according to recent data. This cohort of young people is saving more, though for short-term goals instead of retirement.

To promote retirement savings, Congress should pass the Automatic Individual Retirement Account (IRA) Act, legislation that was introduced in the House in 2015, for millennials and other Americans without a retirement plan at their workplace.

Millennials, especially the younger ones, are now building up their savings to cover emergencies for the first time since the financial crisis. More than 30 percent of Americans ages 18 to 26 have saved enough to cover three to five months of living expenses, according to a survey conducted earlier this year by Princeton Survey Research Associates International.

A spokesman for Bankrate.com, the survey’s sponsor, explained, “Millennials have a savings discipline that the preceding generations lacked.” Despite much lower levels of earnings, millennials save on average 19 percent of their annual income, compared to 14 percent for both generation X (those in their late 30s to early 50s) and baby boomers (those in their late 50s to late 60s).

END_OF_DOCUMENT_TOKEN_TO_BE_REPLACED 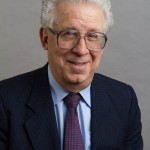 Senate Republicans are voting to repeal the Labor Department’s recent rules that would have expressly allowed states and cities to sponsor a type of individual retirement account, called an automatic IRA. These votes will rescind those rules, because they already have been rejected by House Republicans and the administration supports rescinding them.

While Republicans objected to a patchwork of state-sponsored retirement plans, Congress should promptly pass a federal automatic IRA invested by the private sector. This vehicle, developed by conservatives, is the most feasible way of substantially increasing retirement savings in the U.S.

Such employees are eligible to set up an IRA at a qualified financial institution and receive a tax deduction. But very few get around to filling out an application and making regular contributions.

END_OF_DOCUMENT_TOKEN_TO_BE_REPLACED

It’s true for everyone: despite our best intentions, we often fail to accomplish what we set out to do. When it comes to retirement investing, millions of Americans do not meet their own declared saving goals for retirement.

As a result, almost one-third of the U.S. population has no retirement savings at all,while many others will fall well short of what they will need for their Golden Years.

A solution can be found in the field of behavioral economics, which suggests ways tohelp Americans start saving. It seems that saving is a lot like dieting — small changes can help you reach your goal.

For example, many studies have shown that being automatically placed in a savings plan dramatically boosts participation by employees — even if they can opt out.

These studies show that when an automatic savings plan is introduced with an opt-out, 60% to 70% of employees remain in the plan. This may seem like a technical nuance, but there is a big difference between opting in by completing an application versus choosing not to opt out.

A plan designed to take advantage of this behavior is called an automatic IRA. In the same way that many people fail to start saving, those placed in an automatic IRA simply fail to stop saving by withdrawing from the plan. Automatic IRAs help people build their savings using the power of inertia.