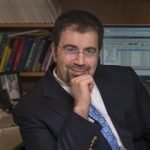 White nationalism is on the rise in the United States. According to the Anti-Defamation League, there were 6,768 incidents of extremism and anti-Semitism (mostly from the right) in the US in 2018 and 2019. That figure is significantly higher than in previous years, leading many to conclude that President Donald Trump is to blame for the uptick in domestic extremism.

Since the launch of his presidential campaign in 2015, Trump has overtly and covertly encouraged violence by his supporters. After a white supremacist, James Alex Fields Jr., drove his car into counterprotesters in Charlottesville, Virginia, killing one and injuring dozens, Trump infamously said that there were “some very fine people on both sides.” And he has not shied away from racist rhetoric when describing African countries and even non-white members of Congress.