It’s the billion-dollar question on the mind of every sports executive right now: How do you separate yourself in a world where fans have almost unlimited access to sports and entertainment? With so many options to choose from, it’s getting ever harder for teams to captivate the masses.

In this episode, we take a closer look at the value of pick protections in the NBA draft — and how your favorite NBA just might be doing it all wrong. The NBA draft is all about value: Just a couple of selections higher or lower could be the difference between a franchise-altering superstar or another half-dozen seasons selecting in the lottery. But when it comes time to move these assets around, value sometimes gets thrown out of the window, and teams make deals involving pick protections they later regret. To help us understand why — and to chart a better strategy for pick protections — we speak with Ben Foster who presented his and Michael Binns’s research on valuing protections of NBA draft picks at the 2019 MIT Sloan Sports Analytics Conference.

Paul Michelman is the editor-in-chief of MIT Sloan Management Review.

In the NBA’s modern era of pace and space, small ball, and chucking away from three, it feels like there’s no more place for the lumbering 7-foot center who used to be the backbone of the league. But the burgeoning field of defensive analytics shows that this “dinosaur” might not be going extinct just yet. Ben speaks with Ivana Saric, data scientist for the Philadelphia 76ers, about how defensive analytics are changing pro basketball and the roles of the people who play it.

Listen to the podcast at MIT Sloan Management Review.

Almost every team’s fans can point to a high-profile, free-agent signing that fell flat. Sometimes the reasons for the player’s underperformance are clear — injuries, for example. But often, it’s harder to pinpoint the cause. In those cases, we tend to point to lack of effort as the culprit. This is what researchers call shirking. According to Richard Paulsen, who presented his paper, “New Evidence in the Study of Shirking in Major League Baseball,” at the Sloan Sports Analytics Conference, “Shirking occurs when an employee exerts effort … that is suboptimal in the eyes of the employer.” Paulsen speaks with us about his research on shirking and his belief that the Phillies are going to regret at least one free-agent signing from this off-season. 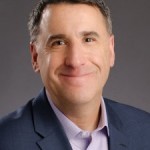 Bill Snyder at Kansas State. Eddie Robinson at Grambling. Mike Krzyzewski at Duke. Gregg Popovich with the Spurs. It’s hard to underestimate the impact these coaches have had on their organizations. But are coaches always an X factor? Just look at the Golden State Warriors. Dominating as they have been under Steve Kerr’s steady guiding hand, they have been every bit as successful — actually statistically even more successful — during Kerr’s two extended absences from the team when Luke Walton and then Mike Brown (not exactly Hall of Fame coaches) took the helm. Which brings us to the question of the day: How much do coaches actually matter? Well, two researchers from the University of Chicago just might have the answer.