Someday, more than a year after its second disastrous crash, the grounded Boeing 737 MAX will return to the skies. But will it be awash in empty seats when it does so? If recent surveys are to be believed, the answer is clearly yes. A December 2019 poll conducted by Bank of America estimated that only 20% of Americans would readily board the relaunched MAX. (This figure excludes the 50% of respondents who had not heard of the MAX controversy, but one assumes that these people rarely if ever fly.). Boeing’s own surveys in December 2019 imply that more than 40% of potential air travelers now plan to steer clear of the MAX. Montana Senator Jon Tester probably spoke for many when he declared that “I would walk before I was to get on a 737 MAX.”

To be sure, discrepancies often arise between what people tell pollsters and what they actually do. But is that likely to occur here? In fact, one can make a plausible case both for and against a large passenger boycott of the revived MAX. It is useful to consider the arguments on both sides, and then to hazard a best guess about what might happen.

END_OF_DOCUMENT_TOKEN_TO_BE_REPLACED 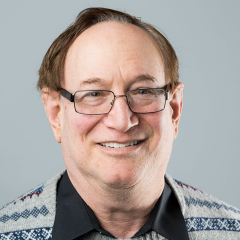 It is widely believed that the partisan gerrymandering of election districts is unfair, but revising district boundaries to alleviate the problem is easier said than done.

Proposed methods for doing so involve such abstruse concepts as “efficiency gaps.” Perhaps his characterization was too harsh, but Supreme Court Chief Justice John Roberts probably spoke for many when he derided such approaches as “sociological gobbledygook.”

To prevent gerrymandering by politicians, the citizens of Colorado, Michigan and Missouri have just voted to have their election districts determined by experts. But this approach has not been conspicuously successful in California, which pioneered it.

There, the vote tallies for each political party diverge from their seat shares in both Congress and the state assembly as lopsidedly as in other states.

Yet, one can imagine a way to dispel the pernicious effects of gerrymandering without the need to modify any election districts. It can be described using data about the 2012 Wisconsin election for the state assembly, which was at the heart of a gerrymandering case that the Supreme Court considered this past term.

END_OF_DOCUMENT_TOKEN_TO_BE_REPLACED

From The Los Angeles Times

The popular vote winner is poised to lose the presidency in the electoral college on Dec. 19, and calls are widespread to replace the college with a national popular vote. That proposal will go nowhere: Amending the Constitution is too difficult, and getting a Supreme Court judgment against the electoral college is almost as fraught. It doesn’t help that a direct presidential election is perceived as benefiting Democrats, and Republicans are ascendant at both the state and federal levels.

A simple reform, however, might go a long way toward reducing objections to the electoral college without introducing a partisan bias.

Our alternative would preserve the current arrangements for assigning electoral votes to individual states. As required by the Constitution, each state’s total electoral vote would be based on the size of its delegation in the House of Representatives (determined by population) and in the Senate (every state gets two). In most states, electoral votes are finally awarded on a winner-takes-all basis. We propose instead that electoral votes be awarded in direct proportion to each candidate’s share of the states’ popular vote.

END_OF_DOCUMENT_TOKEN_TO_BE_REPLACED

From The Charlotte Observer

In mid-October, US Airways ceased to exist as an independent entity. Many passengers will doubtless say “good riddance,” for they voted the carrier a two-star rating from J. D. Power and ranked it below average on almost every dimension. But US Airways deserves a much fonder farewell than that.

I study aviation safety, and paid particular attention to the airline in the early 1990s, when it experienced a series of accidents culminating in a 1994 Boeing 737 crash near Pittsburgh that killed 132 people. Had US Airways suffered a temporary spasm of bad luck, or was the problem more systematic? We now know that bad luck was the main culprit. The 737 crash (which killed more passengers than the others in the series combined) was caused by a subtle defect in the rudder controls, which could have struck any airline that operated the plane. Moreover, US Airways experts were instrumental in uncovering the defect before it could cause further tragedies.