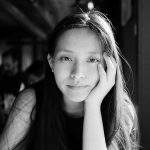 In 1992, I was abandoned as a baby and found in a public place in Hefei, China. For almost two years, I lived in an orphanage and with a foster mother. Then my adoptive mother flew me to Sacramento, California, where I grew up.

My existence here in the United States is due to China’s infamous one-child policy, which was imposed for more than three decades before it was eased to a two-child policy in 2015. I am one of more than 90,000 children adopted from China and raised in the US between 1992 and 2018. About 40,000 other children went to families in the Netherlands, Spain and Britain.

In her devastating poem, One Art, Elizabeth Bishop writes of loss in a way I relate to. She describes misplacing stuff like keys and a watch, but also losing things a little less trivial: names and places; rivers, cities and continents; and finally, that mysterious “you”.

Meia Geddes is a Media Relations Assistant at the MIT Sloan School of Management.