Weak inflation is one of the “major challenges” of our time, according to Federal Reserve Chairman Jerome Powell. Not only does persistently low inflation limit the scope of monetary policy, it may also have a damaging impact on the financial system. But the inflation forecasts used by the Federal Reserve to set monetary policy have not been performing very well lately. When the global financial crisis erupted in 2008 and growth collapsed around the world, why did inflation not fall further? As growth has picked up in the United States and unemployment has gone down, why has the inflation rate in this country remained so stubbornly low?

One key to the puzzle may be the forecasts themselves. The frameworks that macroeconomists have relied on to predict inflation primarily use domestic variables dating back to the “Phillips Curve” of the late 1960s which showed that inflation increases when unemployment falls. But the forces that drive our economy are not only confined within our national borders. The models miss what is happening across the rest of the world.

END_OF_DOCUMENT_TOKEN_TO_BE_REPLACED

Banking rules and regulations are rewritten every few decades, frequently following a crisis. The Great Depression gave rise to the Glass-Steagall Act, which separated investment and commercial banking activities. The Savings and Loan debacle led to significant industry reform, including a “Prompt Corrective Action” rule to close weak banks before their capital is completely depleted. And Black Monday resulted in trading curbs (so-called “circuit breakers”) to prevent panic-selling.

Yes, waves of post-crisis regulation are typical and often necessary. But in the aftermath of the most recent global financial crisis, Congress’s regulatory reaction was far bigger than a wave; it was more like a tsunami.

The 2,300-plus page Dodd-Frank Wall Street Reform and Consumer Protection Act made sweeping changes to the financial landscape. It created a consumer protection agency, installed new capital requirements for banks, and reined in poor mortgage practices and risks in over-the-counter derivatives trading. Some of these changes have improved conditions; others have had unintended consequences; and some have made things worse.

END_OF_DOCUMENT_TOKEN_TO_BE_REPLACED

The United States government today is one of the largest consumer lending institutions in the world. Its expansive loan portfolio has been growing for years with little attention given to designing a coordinated approach for administering its lending activities. With a credit portfolio now exceeding $4 trillion and comprising more than 100 loan programs dispersed across 20 or so federal agencies, the government must take a serious look at how it plans for and operates its many credit programs.

The United States spends about $3 billion a year managing its portfolio of loans. It is hard to imagine a more disparate jumble of agencies that now make loans to home buyers, college students, small business owners, and various other borrowers. The government and its citizens would benefit significantly from taking a more coordinated approach. The creation of a single credit entity that consolidates the credit actions performed by the various agencies doing the job today would result in significant savings relative to the current approach. It would also realize some significant efficiencies to improve outcomes for borrowers and the government.

END_OF_DOCUMENT_TOKEN_TO_BE_REPLACED 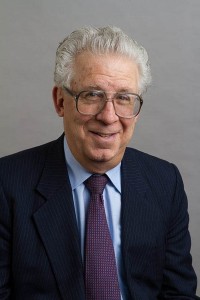 Equity investors are euphoric about the Federal Reserve’s expected move to lower interest rates, after its four small increases in 2018. However, rates are still far below normal levels, so this move would create serious problems for government policy and investor choice.

By keeping interest rates so low for so long, the Federal Reserve is losing its best monetary tool for fighting the next recession, and implicitly undermining Congressional efforts to constrain spending and preserve fiscal firepower. During this extended period, the Fed’s suppression of interest rates is also taking a heavy toll on bond investors: They can’t find relatively safe bonds with reasonable yields, so they are reaching for higher yields by buying very risky bonds.

When the U.S. economy falls into the next recession, as it inevitably must, the Federal Reserve needs to respond by sharply lowering interest rates. This is the main monetary tool the Fed has to push the economy back into a growth mode. However, U.S. interest rates are now so low that the Fed has little dry powder in its arsenal. For example, rates on 10-year U.S. Treasury bonds have dropped to 2%, as compared to a 5% average before the last financial crisis in 2008.

END_OF_DOCUMENT_TOKEN_TO_BE_REPLACED 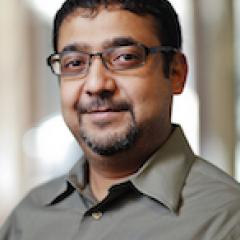 From The Finance Lab

The dangerous and sometimes disastrous consequences of student loan debt are well known. We know for a fact that students with high debt levels are less likely to be entrepreneurs, less likely to own a home when they are 45, and less likely to find an ideal job.  The value of a college education is therefore reduced dramatically for those who need to service the debt to pay for it.

However, until recently, few have studied the long-term effects of student debt on the net worth of families burdened by the loans.  With my colleagues, Birzhan Batkeyev and Karthik Krishnan, I recently set out to address this gap—showing once again that the very loans that are supposed to help students get a leg up on their financial future, hamper them in myriad ways instead.